JUST LOOK AT THIS STUFF

AND THIS JUST IN 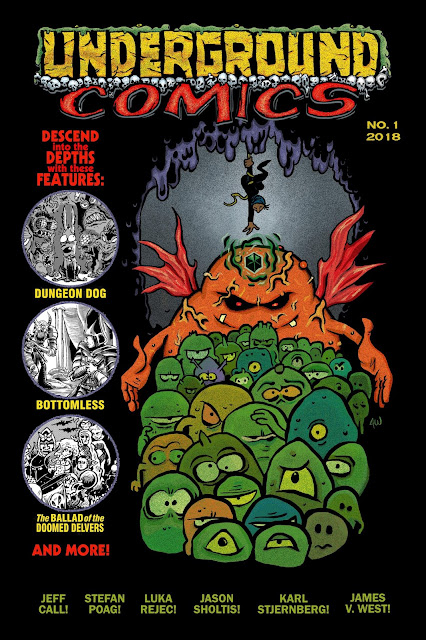 A bunch of artists/writers/hobbyists working in the DIY D&D/OSR/WHATEVER mode found each other, had a baby, and its a comic book. I guess once you're DIYing one kind of thing, the next kind of thing over is that much easier. We have decided to table plans to form a band for the time being.

As it happens, my story (scripted and lettered by Trey Causey) takes place in the Underworld of Operation Unfathomable. That's right friends, a crass as-you-like genuine product tie-in (who am I?!?). 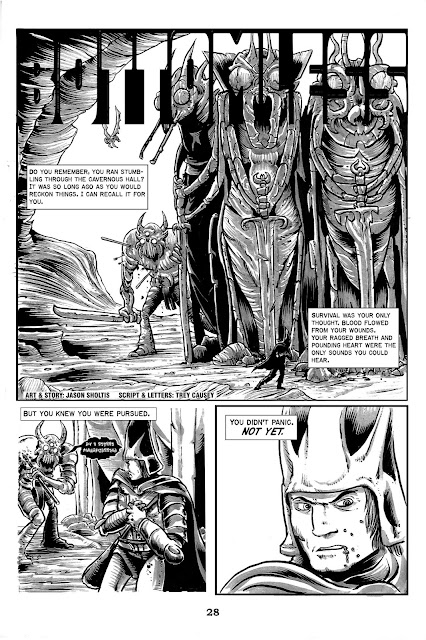 Available in digital download and Print on Demand from HERE:
Underground Comics on Indyplanet

Issue two is already in the works, with most of the contributors to issue one set to return. I will be doing the art for a story written by Billy Longino called Love Dart, featuring Pain Train, the heroic figure pictured below.