Less Lethal Forms of the Undead

d12
1. Spectral informant: semi-detached observers of mortal activity, take perverse pleasure in revealing embarrassing/illegal/top secret tidbits to interested parties
2. The Famished Dead: epicurean spirits perpetually hankering for fine dining, known to show up and ruin fancy meals
3. Zombie, indifferent: stagger to and fro aimlessly, remain utterly clueless even if attacked
4. Quasi-lich: animate remains of once-powerful sorcerer, arcane energies depleted utterly in defeat of death, fascinating conversationalists
5. Vampire, tiny: strength of 20 pixies, able to turn into a mosquito or a wee little puff of vapor, command mice, shrews, insects
6. Robber ghouls: dungeon muggers with no interest whatever in the flesh of the living, in it strictly for the money
7. Idiot spirits: created when certifiable fools perish in an especially stupid way, cannot figure out how to get to the afterlife without assistance
8. Invisible voyeur: detectable only by magic, they just like to watch
9. Ghosts of extinct animal types from the Cambrian explosion: bitter about status as evolutionary culs-de-sac, harmlessly vent their eternal anguish while appearing weird and scary
10. Undead Poet's Society: gather bi-weekly for interminable readings at scenic Underworld locations, its a wonder how modestly talented wordsmiths improve given a few hundred extra years of practice
11. Ghost fungus: grows unceasingly on spirits of the living, causing random alignment confusion in the infected
12. Angry Skulls: when skeletons are left on duty well past their sell-by date they eventually lose their limbs to wear and tear, becoming mere floating skulls with bits of spinal column attached, still performing their assigned tasks, attacking adventurers with impotent phantom limbs

Requested by Andrew May 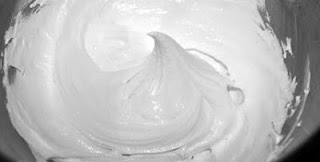 Even More Planes of Existence

1. Sub-atomica: subspatial zone where Quarkmen lasso wild string and wrangle them into new formations, a reality farm from which it is rumored all other planes originated
2. Energy Plane: crackling with galaxy-sized sparks and lightning bolts, this zone hums with raw power devoid of purpose, a cosmic battery inhabited by incorporeal entities, dispassionate minds and cosmic observers, secure in the knowledge they could unleash unimaginable destructive forces if ever subject to extra-planar menace of any kind
3. Animist World: a quite lively place wherein every single object, creature, plant, etc., including anything brought by visitors, is a living spirit, you will hear moans and complaints from your boots, your large sack and ten foot pole have some opinions they've been meaning to share, and so forth
4. Forbidden Plane: this unknown zone must contain some incredible secret, because divine or otherwise supremely powerful beings, entities that agree on little or nothing else, abide by the strictest code of silence regarding this place, swiftly suppressing any information that may fall into mortal hands by any means necessary
5. Platonic Realm of Form and Essence: here the ideal beholder uses perfectly realized eyebeams to destroy essential adventurers
6. Neutral Zone: in this little known cosmos beings from various other realities arrange to meet and come to terms, no violence can exist here and implements of war and destructive powers simply wink out of existence upon entry
7. Seat of Inter-planar Government: a reality composed entirely of majestic classical marble fora, abandoned but for the mournful spirits of cosmic legislators past.
8. Theokosmos: an extremely isolated universe occupied almost entirely by attention-starved gods, demigods, and heroes, depopulated of minions, worshippers and underlings by an impartial demiurge
9. Entropic Plane: the realm of true chaos, seething, frothing, mindless, but forever spewing forth novelty, not a place to actually enter, but rather an inexhaustible resource to tap for its wild potency

10. Pharmocopia: world of the drug takers, they have a pill, tablet, IV drip, suppository, syringe, eyedropper, etc. for absolutely everything, an endlessly bleak urban landscape, everything, including raw materials for their unmatched chemical production facilities, must be secured via interplanar trade, some say Mighty Zues himself cannot face the day without a mood-stabilizing Pharmocopian smoothie
11. Gonzopia: this lozenge-shaped continent floating in the aether hosts incongruous and incompatible beings from every corner of the multiverse, look, there's Darth Vader having a conversation with Ronald McDonald and Thor!
12. Funhouse Mirror Universe: Mr. Spock has a beard, paladins spear puppies for amusement, vampires devote themselves to the betterment of their fellow beings, angels will burn you to a cinder with blazing eyebeams just for looking in their direction, great white sharks breech the waters only to vomit cotton candy, etc

There are No Hobbits in this World

Exceedingly optional replacements for the small, nimble, elusive and pipeweed-toking wee folk.
All entries below assumed to be 3 1/2 feet tall or less.

d12
1. Depilatory fog: released by a deranged sorcerer for an unknown purpose, roams corridors searching for the hirsute
2. Fog of Sticky Accretion: lengthy exposure reveals adhesive build up on surfaces, swords stick in their scabbards, the friendly shoulder-pat becomes a drawn out affair
3. Fog bank that is actually a swarm of microscopic winged crustaceans, able to strip corpses in seconds
4. Hygroscopic fog: sucks the moisture from living beings for dessication damage, lethal to slugmen
5. Fog Bank of the Impromptu Dance: compels those within to gyrate rhythmically for 1d6 minutes, if engaged in combat: dance fight!
6. Luxuriant Vapors of Cleanliness: often located in basins, tubs and sealed chambers, soothes, calms and renders impeccably spic and span
7. Black fog: a roving patch of total darkness (as spell, but can be dispersed by wind/other disturbances)
8. Swirling Banks of Obfuscation: arcane fog generally invoked to add another layer of security to hidden treasures and secrets, also employed to further conceal pits and other deathtraps
9. Vernal Mist of Enlightenment: dungeon secrets enter the brains of those exposed via osmosis
10. Fog of Amnesia: renders those within its influence utterly clueless until they escape, wizards lose random spells
11. Fog of Eros: arouses otherwise latent passions, especially efficacious on the most repressed personalities
12. Hot volcanic fog: looks normal, burns like hell

Note: Just knocking the rust of the ol' blog today, warming up recently disused d12 muscles. Next up: I begin working through requests.